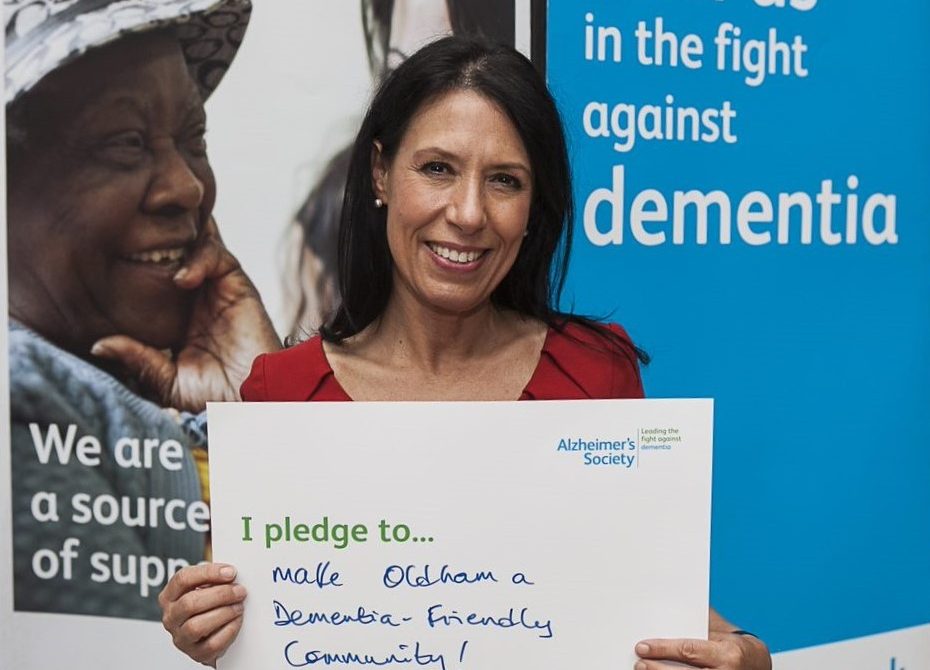 In the days ahead of Dementia Action Week (May 17-23) I am backing Alzheimer’s Society’s call for the Government to take action to ‘cure the care system’.

As the co-chair of the All Party Parliamentary Group (APPG) on Dementia, and the first MP to train as a Dementia Friends Champion, it’s important we mark Dementia Action Week, which is a national event that sees the public coming together to help improve the lives of people affected by dementia as well as their carers.

Alzheimer’s Society is asking us all to help ‘cure the care system’ by urging the Government to reform social care.

Two years on from his first speech as Prime Minister, when Boris Johnson stood on the steps of Downing Street and promised to ‘fix the crisis in social care once and for all’, no plans have been published.

And in the Queen’s Speech, this week, there was only mention of the ‘intention’ to do something on social care.

This Dementia Action Week, I’m backing Alzheimer’s Society’s call for the Government to deliver on that promise by publishing a clear, budgeted plan for social care reform as soon as possible.

NHS care is provided according to need and is free at the point of use.

As a matter of fairness, dementia care, and I would argue all social care, should be delivered on the same principle.

Dementia isn’t curable yet, but the care system is and, right now, across the UK, nearly one million people with dementia, and their families and carers, are struggling to get the support they need and deserve.

Decades of underfunding and neglect have led to a care system that’s difficult to access, costly, inadequate and deeply unfair and the coronavirus pandemic has exposed these problems like never before.

Until the Government gets to grips with the issues facing the care system, a dementia diagnosis will continue to claim more than one life, as families facing dementia feel its destructive effects.

It doesn’t have to be this way, with the right support people with dementia can live a good quality of life, doing what matters most to them for as long as possible.

An Alzheimer’s Society spokesperson said: “Dementia does not just impact on the person diagnosed.

“It claims more than one life as families battle for the right care for themselves and their loved ones.

“Our findings paint a bleak picture.

“Family carers are exhausted, with more than 40% putting in more than 100 caring hours per week.

“People with dementia and their loved ones have told us they simply aren’t getting the care and support they need.

“Sadly, too many family carers reach a point of crisis before receiving help.”

Alzheimer’s Society say reform should be attentive not just to funding, but to improving the quality of care that people receive.

In turn, this must involve recognition of what good quality care looks like, how it should be personalised for people with dementia and their carers in real terms, and how it can be provided consistently for people using it within a sustainable system integrated with healthcare.

People with dementia have been worst hit by the Covid-19 pandemic, accounting for over a quarter of all deaths.

Many more are also deteriorating rapidly due to the knock-on effects of lockdown.

To find out more about Dementia Action Week, and to support the campaign #CureTheSystem, please click here