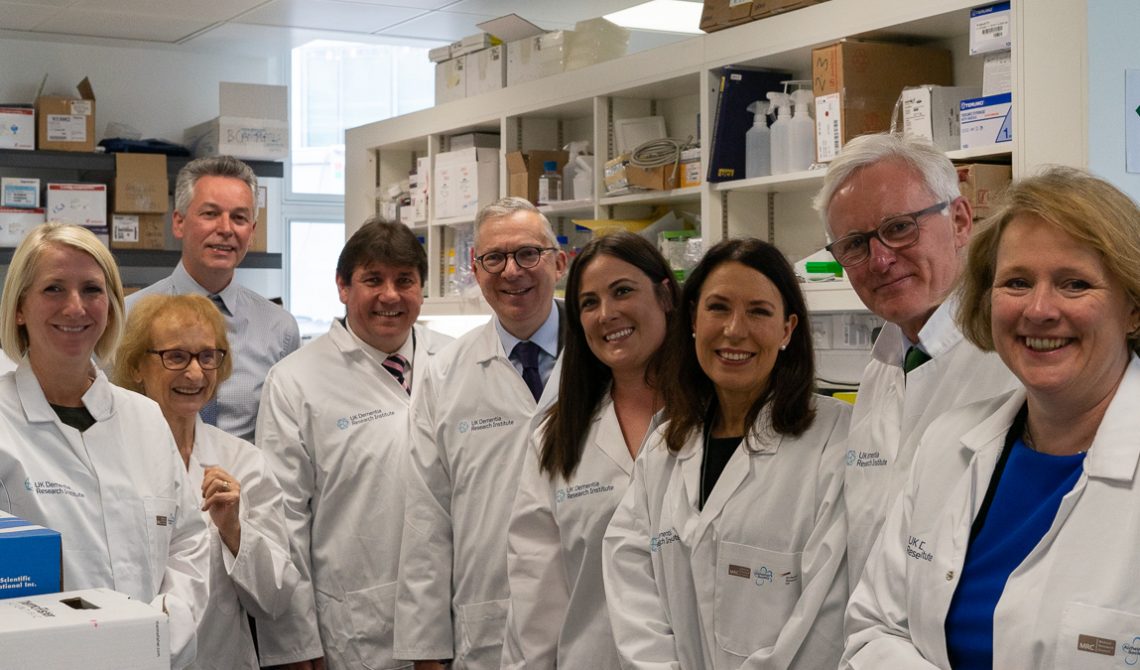 Government must do more to support dementia research

Today, 850,000 people are living with dementia in the UK – 50 million worldwide – and it’s costing us £26bn a year with Government investment set at about 0.3% whereas I say at least 1% of that cost should be spent on research.

This week is Dementia Action Week, and my own personal ‘action’ as co-chair of the APPG on Dementia, is committing to working with Alzheimer’s Society and Alzheimer’s Research UK to campaign for the Government to significantly increase its investment into dementia research.

Investing in dementia research is so important, as there is currently no effective treatment to slow, prevent, or cure it and often people with dementia struggle alone, feeling as though their world has been turned upside down and often facing prejudice or misunderstanding.

I recently visited the UK Dementia Research Institute (UK DRI) – along with my fellow co-chair of the APPG on Dementia, Baroness Greengross, members of the Science and Technology Committee, Alzheimer’s Society, and Alzheimer’s Research UK – the most ambitious dementia research endeavour the UK has ever seen.

Their research will benefit people with all types of dementia providing better ways to diagnose, treat, prevent and care for people living with the disease.

It’s inspiring to see at first hand that the scientists at the UK DRI are gaining on dementia – which is currently affecting 50 million people across the globe. Their research is pioneering and will transform lives.

Between them, Alzheimer’s Society and Alzheimer’s Research UK are on track to meet their ambitious fundraising target of £3.5m, which will make a huge difference to the lives of people with dementia.

But they can’t do it alone, and the Government must do more to support them.

Dementia is not a lost cause if we work together across party divisions. I’ll be working hard in Parliament to champion the need for more investment into dementia research to tackle what is one of the greatest health crises of our time.  I will also be pushing for a £2.4bn Dementia Fund at the Spending Review later this year to break the deadlock on reforming the social care system and end the unfairness facing people living with dementia now.

If you would like to support the work of the UK DRI, you might want to Join Dementia Research (JDR) which is a platform that allows people – both with and without dementia – to register their interest in participating in dementia research and be matched to suitable studies. This has enabled researchers to make huge strides forwards in learning more about the disease, and is a great way to help in the fight against dementia.