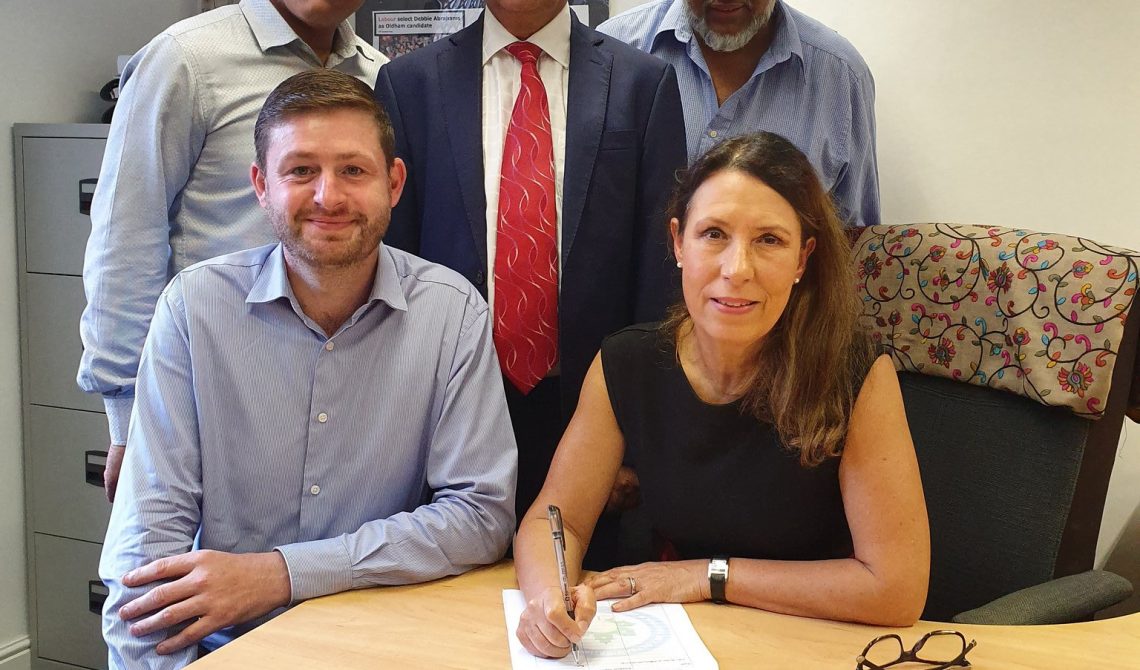 Oldham stands in solidarity with Kashmir

As Oldham MPs, Jim McMahon and I have met with a community delegation and members of the Oldham Interfaith Forum to discuss the situation in Indian Occupied Kashmir.

As Chair of the All Party Parliamentary Group for Kashmir, I have already written to India’s High Commissioner, the UN Secretary General and EU Commission as well as Foreign Secretary, Dominic Raab, expressing concerns regarding India’s announcement at the beginning of August of their intention to unilaterally revoke Articles 370 and 35A of their constitution. These articles have recognised the ‘special status’ of Kashmir since 1947. The changes in effect put Jammu and Kashmir under the control of Delhi.

Our meeting was really constructive with us all agreeing that we must raise awareness and show solidarity with the people of Jammu and Kashmir. 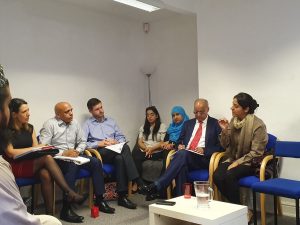 We heard first hand from local people who are understandably distraught at not having been able to contact their relatives as a result of India’s media and communications blackout. They are really concerned about violence escalating as tens of thousands of Indian troops have been sent to the region, and hundreds of politicians are either under house arrest or have been detained. There are also worrying reports that children as young as 11 years old are being detained.

In addition to the work I have been doing, Jim and I will be supporting the local community to organise an event from 2pm on 7th September, in Parliament Square, Oldham town centre, to show we stand together with the people of Kashmir. This is for everyone who believes in the rule of law, democracy and human rights.

We will also be hoping to get as many signatures as possible on a national petition that will be taken to Downing Street on 10th September, calling on the UK Government to use all diplomatic and economic measures at their disposal to exert influence on the Indian Government to recognise that Kashmiri people must be at the heart of any changes to constitutional arrangements in the region that may affect them.”

Jim McMahon, MP for Oldham West and Royton, said: “Oldham has a significant Kashmiri heritage community with immediate family living in the region. There are serious concerns for the safety of family members and it’s vital that the international community, and our government, work to resolve this.  Not just because of the current heightened tensions, but because of longstanding concerns about human rights violations.”

One attendee at the meeting, who can’t be named, told the meeting about how she has lost contact with her parents due to the tight restrictions on communications.

She said: “I haven’t been able to speak to my parents since 4th August and I’m very worried about their safety and well being. We already know that there have human rights abuses in Jammu and Kashmir.

“India is supposed to be a democracy but the way the Kashmiri people are being treated doesn’t reflect this. The World should not look away when the people there are being so badly treated.”

With my support, groups from the Kashmir diaspora have also started a petition to the Prime Minister calling on the UK Government and international community to use all diplomatic and economic measures at their disposal to influence the Indian and Pakistan Governments to:

1. Ensure that democracy is respected and that the Kashmiri people are at the heart of any constitutional reform of the region.

2. Ensure that United Nations Security Council resolutions on Kashmir are respected, including UNSCR 47 which refers to the people of Jammu and Kashmir having the right to self-determination.

3. Respect the 1972 Simla Agreement which refers to the future of Jammu and Kashmir being determined by peaceful means.

4. Ensure that the rule of law is upheld and human rights are protected by lifting the telecommunications black out and allowing independent, international observers to the region.

5. Support the assistance of a United Nations Special Envoy for Kashmir in facilitating a peaceful and sustainable future for Kashmir and all of its peoples.